It’s done! Finally, after over a year since its completion, Mop of Destiny gets its own webpage!

I had a really difficult time trying to figure out what the webpage should even look like, so I just kept putting it off, until last night when I was almost asleep, I had that “eureka!” moment immediately before dozing off. Luckily, I remembered my idea in the morning!

Also DrilNES 1.10 is released. I fixed up a few very minor emulation issues, added support for all of the 6502’s “undocumented” opcodes (i.e. the opcodes that just happen to work even though they’re really not supposed to), and modified the display a bit.

Now you can even make it look like a crappy old TV, if you choose! For, uh..nostalgia’s sake.

Inspired by Scet’s Tub of Awesome, I opted to continue work on my old emulator, DrilNES.
And here it is! DrilNES in all its glory! Note that it does not support PAL NES timing, it only runs NTSC games (so US and Japanese games only). 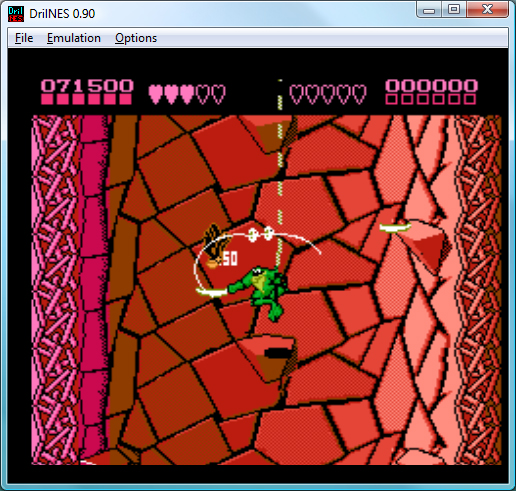 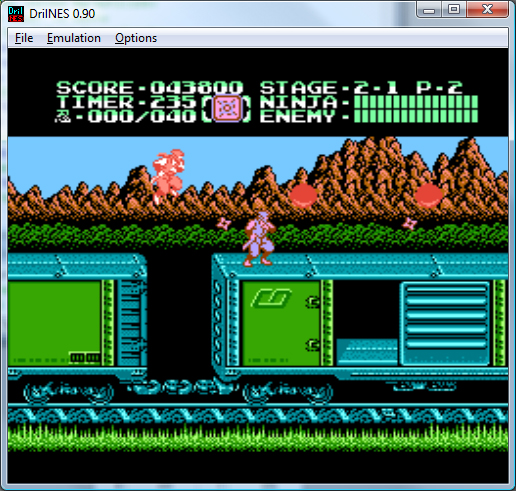 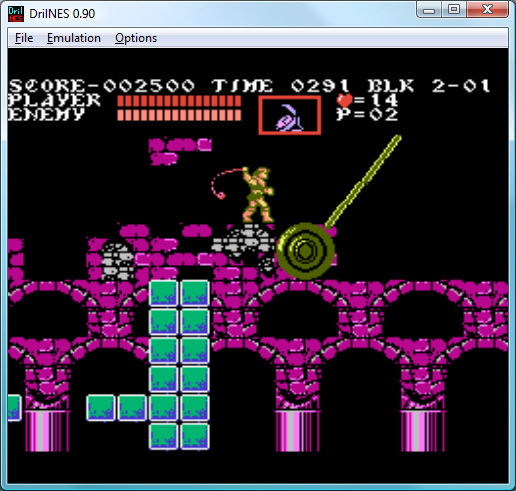 A Brief History of the World

I first attempted to tackle NES emulation back in 1999. I had the goal of getting three games to be playable: Castlevania 3, Startropics, and Crystalis. Turns out, these three games are some of the harder games to emulate, due to the tricky nature of the cartridge hardware that they run on. However well it ran at the time, it was woefully inaccurate, and this bothered me. In mid-2004, I apparently decided to try again.

The great thing about having started this project over in 2004 is that I have the entire history of the emulator’s development in SVN, so I can see exactly what I did, and in what order. Here’s a quick list of the hilights:

The upside is that now it’s pretty accurate. It’s not perfect, I’m sure, but it’s pretty good and better than a large majority of emulators out there.

One thing that was fun to add was some Windows Vista-specific functionality. Mainly, when you load roms or save state, there are little popup windows that notify you. In Vista, they look like this: 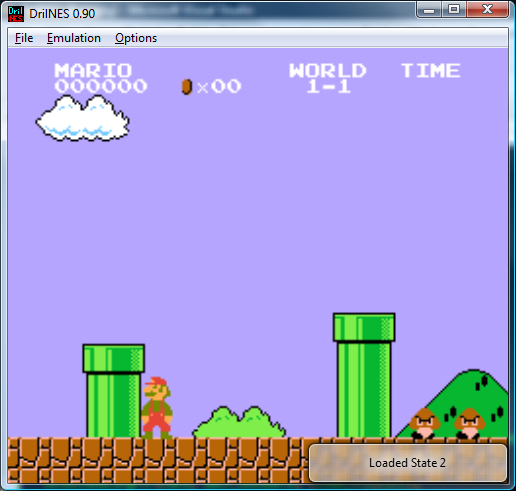 instead of just a generic yellow-on-black window. It’s nice to be able to see through them.

Also custom is the Rom load dialog (link to the screenshot, I was too lazy to make a thumbnail for this screenshot), though there is a custom one in XP as well. Basically, it lets you see relevant information about a ROM before you load it (and will also prevent you from loading unsupported ROMs).

But, in general, it’s nice to be “done” with it (though there are tons of things that I would like to do with it still).